If you spend much time around kids, you know they never pass up the chance to play with slime. One type of slime in our own bodies is saliva, and a recent study found an interesting way it evolves in different species.

It's oozy. It's sticky. It's a child's favorite messy toy. It's slime!

While most children are playing with slime developed by toy companies, natural slime plays an important role in making sure animals' bodies function properly — even humans! The saliva that keeps your mouth wet is just one form of slimy mucus in your body.

What exactly is mucus? It is a type of gel organisms produce for different tasks. In some mollusks, it helps create pearls, while in our bodies it has many roles. In addition to saliva, mucus also plays a role in the immune system, helps lubricate our esophagus so food can pass down more easily, protects our stomach from acids, and makes up snot. The proteins that make up mucus are fittingly called mucins.

How did the slimy proteins evolve? What animal developed it and why? As it turns out, mucins likely evolved independently several different times in several different organisms. A U.S. National Science Foundation-powered study at the University at Buffalo looking at the origin of mucins in humans, mice, cows and ferrets identified 15 separate instances of mucin evolution — each from a process of adding to a non-mucin protein akin to adding water to sand to make it sludgy. Rather than water and sand, the mammals added a short chain of amino acids coated with sugar molecules to an existing protein. The new strand got duplicated and the protein got longer, resulting in a mucin.

While many of the bits of genetic coding that tell a cell to produce a mucin have some similarity with genes in other animals and can be traced back to a common ancestor, because of the additive process the researchers described the identified mucin genes can’t be traced back and are known as orphans. The researchers theorized there is a reason for so many orphan mucin genes, particularly in saliva, across species: It is easier for them to evolve.

"Almost all tissues have some sort of mucins present," explained Omer Gokcumen, a lead investigator in the study. "Then I can actually extrapolate, and again this is handwaving, but saliva is a good place to produce new mucins because there are a lot of adaptations happening. You are actually putting stuff in your mouth. It can be pathogens, it can be new food, etc., and in adapting to these new environments, new pathogens, new diets, you may end up shifting you mucin contents."

Unlike the brain or heart, which have identical functions between different mammals, saliva is specific to the species. This is because what we put in our mouths differs from what a ferret or cow puts in theirs. Understanding how the mucins in our mouth evolved and function can help improve people's lives. For example, it could help find a new treatment for dry mouth disease or help researchers learn how to keep cells from going wild and causing cancers or other illnesses.

Because mucins are diverse and populous, they have given rise to many gooey substances in the animal kingdom, including not just saliva, but also the slime on slugs and snot in humans. It is these types of things that gave toy makers the ideas of making slime for kids (and maybe even you!) to play with.

Want to have a slimin' good time? Below are some step-by-step recipes for making your own slime at home! 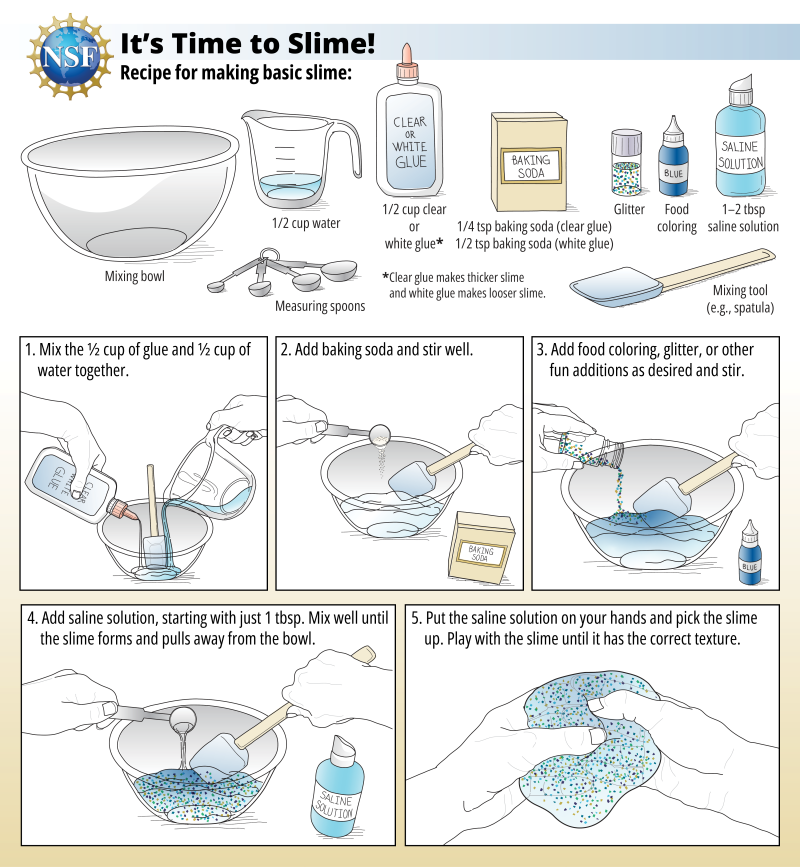 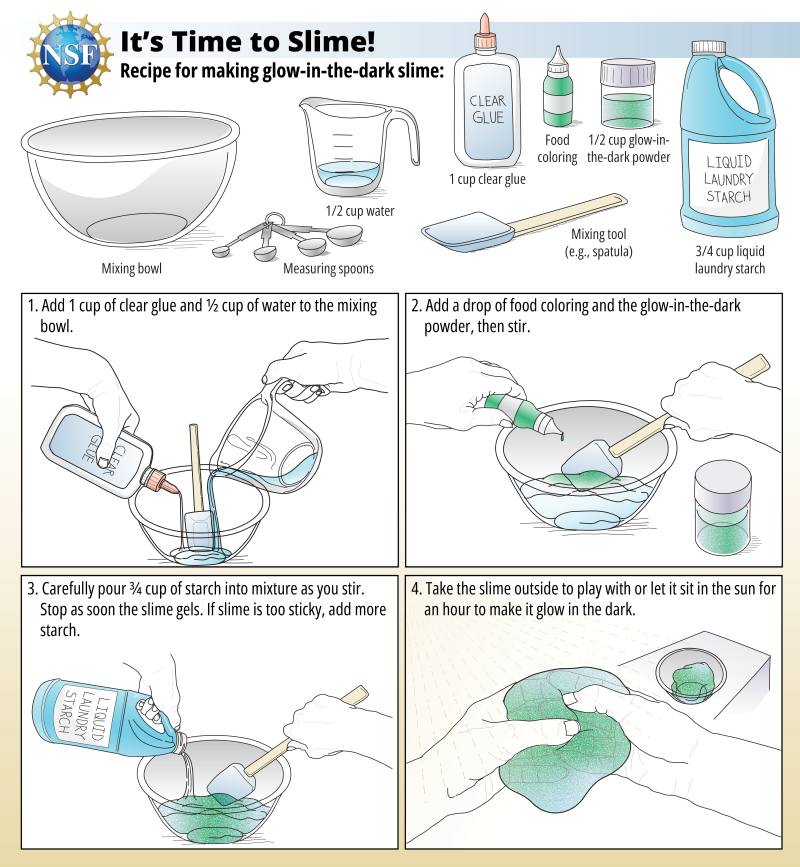