Most of us get a glimpse of the future every day. It's usually a green or yellow blob -- though sometimes blue or purple in the winter -- slowly oozing over a weather map of your local area letting you know what may fall from the sky. This glimpse is the result of Doppler weather radar, and decades of fundamental scientific research has made it more accurate and reliable in predicting everything from when you should pack your rainboots or snowshoes to when you should seek immediate cover from a severe storm.

But 40 years ago, scientists were still working to demonstrate how this technology could improve our basic understanding of storm formation and weather forecasting. As an Oklahoma University undergraduate, Kelvin Droegemeier was one of them. He was chasing storms as part of a team of scientists trying to demonstrate how the new meteorological tool could improve storm surveillance. While conventional radar provided information about the location and intensity of storms, Doppler radar allowed meteorologists to detect air motion within a storm.

NSF-funded research was crucial to the development and enhancement of Doppler radar as a meteorological research tool, and Kelvin, a meteorologist, director of the White House Office of Science and Technology Policy and current acting director of NSF, points to many moments in his career that were made possible by NSF support.

"From my first NSF grant in 1986 to my current role as acting director, NSF has been a huge part of my life. NSF's long-standing support for atmospheric science has played a crucial role in making my work possible."

After his wild undergraduate years of storm chasing, Kelvin -- funded by an NSF grant -- turned to a new challenge: leveraging early computing technology to develop increasingly sophisticated models of storms and other atmospheric phenomena. Today, computer models are at the core of meteorological science -- meteorologists use them to simulate high-impact local weather, such as thunderstorms, microbursts and tornadoes. But in 1986, computer modeling was still a fledgling tool. "I was able to use the Cray-1 supercomputer for my research, which was located at the NSF-supported National Center for Atmospheric Research. It was one of the fastest machines on the planet at a time when there weren't many powerful computers available for basic research," says Kelvin.

The Cray-1 that Kelvin used was only the third of its kind at the time. Weighing 5 ½ tons, it had to be delivered to NCAR in two refrigerated vans. A testament to its importance as a tool for atmospheric research, NCAR's Cray-1 was donated to the National Air and Space Museum, which maintains it as part of its permanent collection. 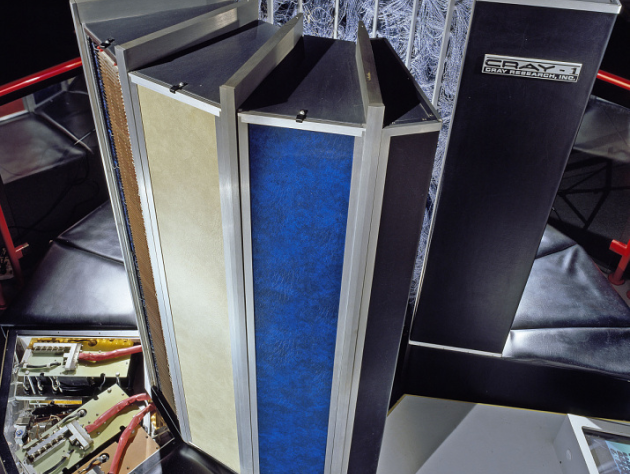 After graduate school, Kelvin joined the faculty at the University of Oklahoma and received a Presidential Young Investigator Award from NSF in 1987 to further his work using supercomputers to develop detailed numerical models of storm dynamics. Widespread interest in better understanding storm behavior in order to save lives and prevent damage enabled him to obtain matching funds from industry to support his research. This experience taught Kelvin the importance of industry partnerships which he calls "a crucial resource for transforming new discoveries into technologies with important societal impacts."

In 1989, he co-founded and directed one of NSF's first 11 Science and Technology Centers, the Science and Technology Center for Analysis and Prediction of Storms (CAPS) at the University of Oklahoma. "When we received funding, I knew we had landed a very big fish!" he says.  "I was excited to participate in NSF's new initiative to fund multidisciplinary, transformative research through innovative partnerships across academia, industry, national labs and non-profit organizations."

With the founding of the center, his work shifted from simulating storms to trying to predict them using real data. At the time, most people thought it was impossible to accurately predict storm-scale weather. However, Kelvin and the team of researchers at CAPS developed a new prediction system that was able, for the first time, to calculate the location and structure of storms several hours before they developed. "It was a transformative moment for my career," he says, "a transformative moment made possible by NSF support."

Kelvin served two terms, from 2004 to 2016, on the National Science Board, which establishes general policies for NSF. "Although I know I got more out of this than I gave, it was a wonderful experience to be part of an incredible group of people governing an agency that we cared deeply for and which has done so much for the world during the past 70 years," he says. "NSF is a national treasure and an organization that I deeply admire and am blessed to be part of."

As a graduate student, acting director of NSF Kelvin Droegemeier used early computing technology to develop sophisticated models of storms and other atmospheric phenomena. The Cray-1, located at the NSF-supported National Center for Atmospheric research, that Kelvin used was only the third of its kind at the time.
Credit: Photo Courtesy of Kelvin Droegemeier