A seafloor mapping team was cruising off California's Pacific Coast in 2009 when the unthinkable happened: A great blue whale surfaced directly under their research vessel. The boat propeller sliced her spinal cord, killing her. The 73-foot giant washed up on a rocky finger cove near the city of Fort Bragg, California.

"It's an impactful thing to see a 73-foot blue whale on your beach," said Sheila Semans, who led the California Seafloor Mapping Program at the time but was not aboard the contractor vessel. "I think everybody wanted there to be something positive to come out of it."

So the citizens of Fort Bragg homed in on a grand vision: Build a new bluff-top Noyo Ocean Science Center on a recently closed lumber mill site that features the blue whale skeleton. "Noyo" was the name given to the area by the Pomo, a Native American tribe.

There was a major hurdle from the get-go: The cove was ringed with 40-foot cliffs that made it nearly inaccessible, but residents rose to the task. A small army of volunteers salvaged the whale in hopes that it might help their economy recover after climate change had impacted the timber and commercial fishing industries in the area. Tons of the bones were buried in compost pits for four years to clean them, or to decompose by bacteria and insects, then dug up again and stored until displayed.

The pandemic has stalled some of their overall plan, but the nonprofit Noyo Center for Marine Science now has conceptual plans for the Ocean Science Center. While building designs and fundraising continue, they launched the Noyo Discovery Center in a downtown storefront and moved into the Crow's Nest Interpretive Center on the coastal headlands where they plan to build the ocean center. Semans was hired as executive director.

Then, in 2019, with funding from the U.S. National Science Foundation Office of Polar Programs, the whale bones were digitally scanned to create an online, interactive, 3D version of the skeleton to help educate the public on biodiversity. It's only the second blue whale skeleton on Earth to be scanned in this way, and the first in North America.

"Once that data's online, the possibilities really become limitless," said Jesse B. Pruitt, then manager of the Idaho Virtualization Laboratory, or IVL, at Idaho State University, which was contracted by NSF for the scanning effort.

Blue whales are the largest animal the planet has ever seen, so hauling one up a cliff and moving it miles inland began as an act of faith.

"If I had known then what I know now, I probably would've never engaged in this," said Semans with a laugh. She spearheaded the effort.

About 200 volunteers signed on. After a week of tireless work to flense, or strip, the carcass, skilled seafood processors were called in to help finish the job. Heavy equipment operators hauled up the bigger bones, like the massive skull. It was tough, smelly, slippery work. Finally, the bones were buried to see if Mother Nature and her microbes would strip them clean.

"In many ways, we're just a scrappy bunch of people here on the coast that have to figure it out," Semans said. "And that's actually been one of our most amazing strengths."

Later, excavators and many more volunteers had to dig the bones up again. Half are stored at a local wastewater treatment plant and the rest in Semans' garage. There they were when Semans was contacted by the IVL, on the hunt for a blue whale skeleton to scan for an NSF project to create a digital library of marine mammals.

For Pruitt, finding a rare blue whale skeleton, clean and laid out, was itself a "whale" of a task.

"Seeing a blue whale is just mind-blowing," said Pruitt. "Its humerus is the size of my torso, and I'm not a small person." The bones in a whale's flipper are analogous to a human arm, a holdover from when they evolved from land mammals. The humerus is the upper bone in the flipper, like the upper arm bone in a human.

He used two types of hand-held 3D scanning technology. A laser scanner is accurate down to details finer than a human hair, but gathers so much data it can overwhelm even powerful computers. A structured light scanner is similar, but gathers less data and was useful for the biggest bones. The smallest bone scanned was the golf ball-size tip of the tail bone. The largest was the cranium, about 6 ½ feet wide and 5 feet thick, that took four people to roll back and forth for scanning.

Pruitt knew that the only team to digitize a blue whale – in London – took six months to complete the work. He scanned the Fort Bragg skeleton in 13 days – along with skeletons of an orca and a gray whale, adding them to the NSF database.  The digital articulation will also help the community choose the right pose for the specimen and consider how it will look in the display space once the Ocean Science Center is built.

Leif Tapanila, a geosciences professor at Idaho State University and director of the Idaho Museum of Natural History, works with the IVL to make museum specimens and fossil records as accessible as possible. Digitizing a specimen, he said, takes it global.

"You're archiving for the future," said Tapanila. "As soon as you digitize it, you democratize the real specimens of the world.

"Biodiversity is a finite thing that seems to be reducing, and these very large animals are not exactly numerous and abundant. So this larger project that NSF is a part of is documenting right now -- and making available to the world -- the anatomies of biodiversity, of life, as it exists on the planet today." 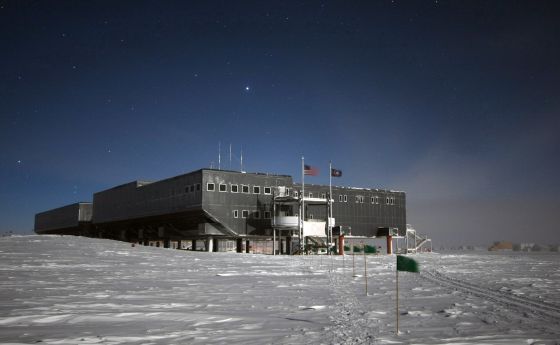