There are infinite pathways into STEM. For many people those pathways are illuminated by the inspirational people, real or fictional, who came before, leaders that we traditionally think of as inspirational: Sally Ride, Carl Sagan, Ms. Frizzle. But just as important are the mentors whose names might not first spring to mind: parents, teachers, principal investigators and more experienced students. The U.S. National Science Foundation wouldn't be the same without two such mentors: Professor R. Sethuraman, father to NSF Director Sethuraman Panchanathan, and Rosanne Ochoa, mother to National Science Board Chair Ellen Ochoa. They inspired their children to not only pursue their curiosity through science and engineering, but also to become leaders who have shaped our nation's science agencies.

Science, technology, engineering and mathematics talent exists everywhere in the U.S., across every dimension of diversity. But for the STEM workforce to truly reflect the U.S. population, participation from women and Black or African Americans must double and participation from Latino or Hispanic people must triple. How can the nation grow these "missing millions," people who are capable of succeeding as scientists and engineers but do not have access to pathways that lead into those careers?

Mentorship is critical. Mentors have had a profound and measurable impact on many, as highlighted in a new paper authored by NSF Program Director Fahmida Chowdhury. Chowdhury takes that one step further to show how, from certain segments of underrepresented groups, there are fewer role models, which limits impact. She highlights the paths and impacts of several Asian women who faced challenges without mentors and highlights the need for mentorship more broadly.

"He did not just talk about it, he lived it," said Panchanathan of how his father filled the critical need for mentorship by exemplifying both a work ethic and a passion for science.

Professor Sethuraman himself worked in atmospheric physics and was passionate about discovery, exploration and achievement, and encouraged Panchanathan to follow his own curiosities "His fundamental joy of exploration of everything made me say 'wow' and I was influenced by that." Panchanathan said of his father's spirit of discovery. When Panchanathan later started graduate school, his doctoral advisor mentored him on how to engage in research. This, combined with passion and dedication instilled by his father, was essential to his success.

Ochoa's mother, as single parent of five, similarly inspired her through a dedication to education. She went to university at night, taking one class at a time while raising her family. She first went back to school without a particular degree in mind, led only by her love of learning. She earned a liberal arts degree from San Diego State University with concentrations in business, biology and journalism, as well as a certificate in linguistics, two years after Ochoa herself had finished her own bachelor's at the same university. Ochoa remembers seeing her mother working on her homework at the kitchen table and says her work ethic and passion modeled the behaviors she needed to be successful entering science.

Those behaviors have continued to serve her well in her professional life as she became an astronaut and a leader in STEM. Ochoa said of her mother "I appreciate her dedication even more in retrospect. Once I became a mother myself I realized just how hard she worked to make everything happen for herself and us." 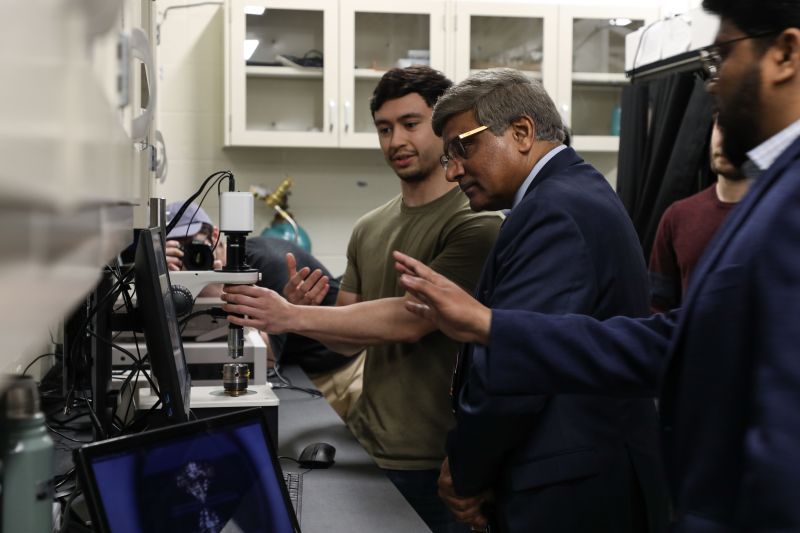 Mentors do more than lead scientists to the doorstep of STEM; they can offer support through each of the next steps and inevitable hurdles that every person faces in their career. Ochoa was rejected for her first application to NASA's Astronaut program and Panchanathan was declined for his first grant application to NSF. Both used the opportunity to not only improve themselves for the next round but find mentors to guide them. As Panchanathan said, "Rejection is a way of opening up new avenues and opportunities."

Ochoa used her first interview to connect with astronauts who noted the advantage of having operational experience. She pursued her private pilot's license to become more competitive, likely a factor that led to her acceptance in the subsequent selection. Panchanathan received feedback from his first proposal panel identifying weaknesses which he used to refine his ideas. He was certain that the refinements would be enough, however the next review panel was a different set of reviewers with different weakness to point out. He used those to improve his proposal and was not only successful the next time but had a much stronger research plan. "Failures teach you more than success. By not giving up, you learn more, you become more creative. Innovation itself is a successful failure."

Both Panchanathan and Ochoa used their successes to act as mentors themselves. Panchanathan served as graduate mentor for several students, providing not only explicit mentorship on research processes, but implicit mentorship by modeling work/life balance, using his free time to engage in fun activities like hiking. He often advised his students "If you're not having fun with your work then what is the point? What can we do to make it fun?" Mentees still ask for his advice, not just about their careers, but about life, because they know he cares and wants them to succeed in all facets of their lives.

Ochoa acted as a mentor to astronauts coming up behind her in the program and implemented a formal mentor program when she became director of NASA's Space Johnson Center. She has also been an inspiring figure, speaking to the public and playing her flute in space (and later at the South Pole while working for the NSB) -- which in part led to three elementary schools being named in her honor. 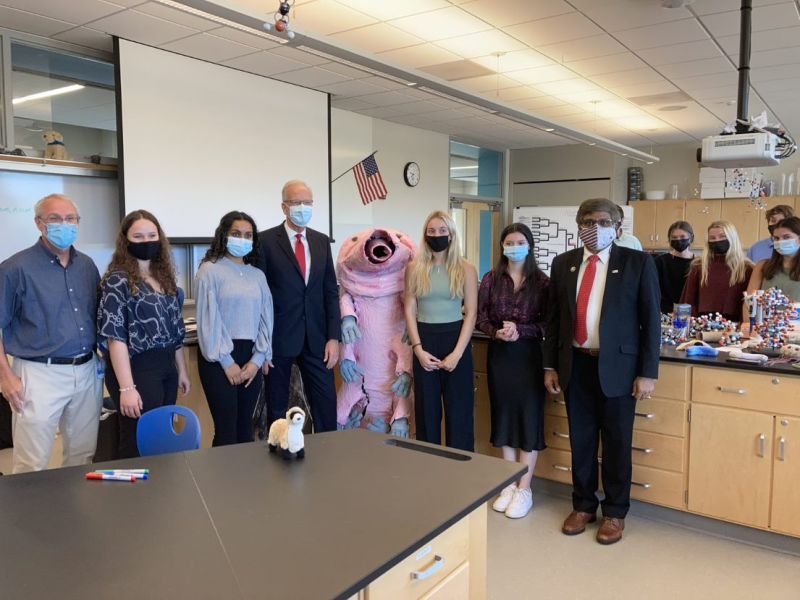 One of the biggest challenges to closing the inequity gaps in STEM is access to opportunity. Panchanathan highlighted the value of exposure to a wide range of situations and people, noting that the more young people experience, the more likely they are to find a topic that resonates. One of the approaches of the missing millions campaign is to create more opportunities for young people to see people who look like them who value education and STEM so they can envision themselves in their shoes.

This in turn creates a community of practice that supports underrepresented groups in STEM through all stages of their careers, from first spark through all the challenges and turns their lives will take. Surely, professionals in the NSF STEM community can step up as mentors. They can look to the examples of Panchanathan and Ochoa for inspiration.