However you celebrate Thanksgiving we hope that your table includes our favorite topic of conversation, NSF science. Science is on our plates, at our tables, and all around us on holidays. Here are some exciting science stories to share at your own celebration this year. 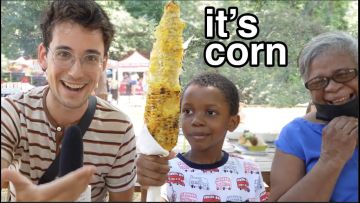 Corn is more than just a big lump with knobs. It is a model system for researchers to understand gene functioning. It led to a Nobel Prize for Barbara McClintock in 1983 after more than 70 years of looking at how genes jump around in corn, creating or reversing mutations. Ever since then, thousands of researchers have used corn to understand DNA, including Edgar Spalding and his team at the University of Wisconsin, who are investigating corn root genetics.

The root system is fundamental to the success of a plant, and if roots grow deep rather than wide, they can access more water and nutrients. To understand how this is possible, Spalding and his team mapped the genes involved in gravitropism, or response to gravity, with the idea in mind that if you can understand it, you can alter or control it. The team turned seeds on their sides and mapped which genes changed and which stayed the same, then compared this to distant relatives. This led the team to identify the four specific genes that are the most likely to control gravitropism, findings that they described in a recent Proceedings of the National Academy of Sciences article.

No meal is complete without a side of warm bread, or an appreciation for the millions of magical microbes that worked hard to provide that fluffy texture. Microbes, such as yeast, consume the sugar in dough and produce carbon dioxide bubbles that become trapped while baking and produce the iconic texture of bread. The specific species and composition of the communities of these microbes gives rise to the wide variety of breads that are available across the world. A recent study in eLife by collaborators across six universities outlines how the environment impacts microbial ecosystems in sourdough starters, creating the first intercontinental atlas of starters. The researchers were surprised to find that there weren't as many biogeographic patterns as they expected, but that most of the variation in dough rising could be explained by acetic acid bacteria, a previously overlooked part of the microbe community.

Birds of a feather flock together. Turkeys take it a step farther, though, evolving to use what is known as cooperative courtship due to kin selection. You might know many male birds use elaborate displays to attract females and in most cases the best display garners the most females. However, in a first of its kind study published in Nature, Alan Krakauer of the University of California, Berkley found that male turkeys that are related — often brothers — engage in a duet of sorts, working together to attract females. Only one male, always the same one, mates. But because of the family connection, the second male’s genes are still passed down indirectly, therefore still benefiting them evolutionarily.

Thanksgiving leftovers have become a time-honored tradition in homes across the country, but what about the food that’s leftover in the grocery store? Professor Josip Simunovic and his company SinnovaTek are working to keep that food from going to waste. SinnovaTek takes excess food from store shelves — a contributor to food waste nationwide — and turns it into shelf stable protein gummies, purees, soups, smoothies, and sauces using their new technology, microwave pasteurization. They use a microwave just like the one you use to heat up your leftovers, but a lot bigger to keep the food and packaging sterile. This allows the food to keep more flavor and nutrients. They use this technology to produce products for small entrepreneurs and large companies, they might even have a product coming to your grocery store soon. 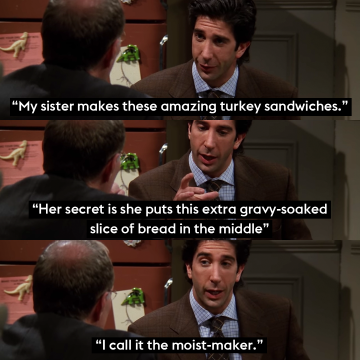