Some of our team members took the opportunity to have a little fun with some of the animals that are the focus of NSF-supported research. Of course, we have fun learning, so below we also share bits of knowledge gained through that research.

It's March, so cue the band, turn down the lights and let's introduce the players — it's March Animal Madness! Inspired by the yearly basketball tournament and March Mammal Madness, we've pitted some members of kingdom Animalia against each other in fun and friendly competitions that highlight some of the interesting biological research NSF has recently supported – making each of our "players" student-athletes. NSF experts have weighed in on who they think will win in each bracket below and you can let us know your thoughts via social media. 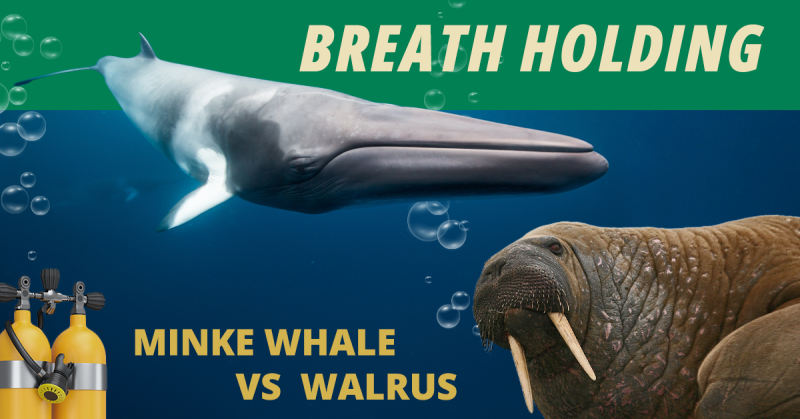 When whales are underwater – besides for breath-holding competitions – they may be feeding. Baleen whales, of which the minke is a member, gulp a large amount of water and filter it through their mouth's fringed baleen plates until just their food, krill, remains. Think about sifting for gold or running a sauce through a sieve and doing that a few times over. Recent NSF research shows how much krill whales eat and, more importantly, how much they sustain vital phytoplankton populations by eating those krill. In digesting the krill, whales not only remove animals that feed on phytoplankton, but also “deposit” iron released from the tiny creatures back into the ocean ecosystem. That iron is needed by the phytoplankton to reproduce and to produce oxygen and serves as food resources for other sea creatures.

As such, the size of the baleen whale population is integrally tied to the health of ocean ecosystems, impacting carbon storage and fishery yields which are key factors in mitigating climate change and helping to feed the planet sustainably.

-          Kathryn Dickson, a program director in the Division of Integrative Organismal Systems 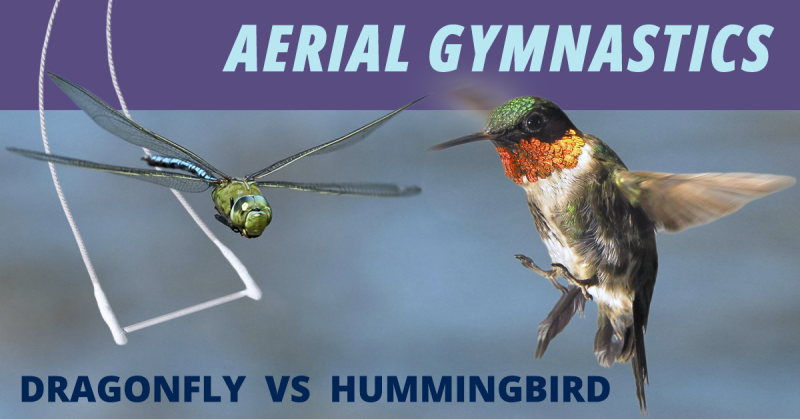 Hummingbird vs. Dragonfly in Aerial Gymnastics

This is a tough one! Both hummingbirds and dragonflies are strong fliers, and they both can be pretty flashy showing off all those colors they sport. But hummingbirds can fly backwards and do some amazing loop-de-loops in the air, and that's just cool. Given that this is aerial gymnastics, I'm going to go with my bias as someone who studies birds and call this one for the hummingbird!

What is interesting – based on research published last December – is that hummingbird feathers produce those beautiful colors because of a natural nanostructure that contains an evolutionary tweak. This structure nearly doubles the range of colors an iridescent feather can produce. This insight could help researchers understand how and why brilliant iridescence evolved multiple times in birds, as well as inspire the engineering of new materials that could aid in capturing light to produce sustainable green energy.

-          Jodie Jawor, a program director in the Division of Integrative Organismal Systems 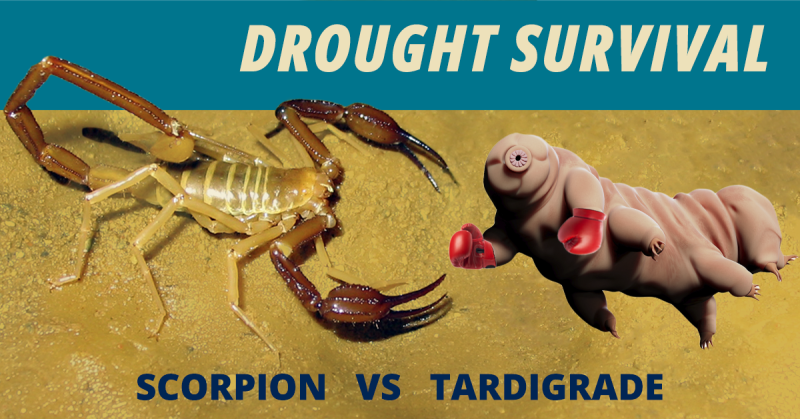 Scorpion vs. Tardigrade in Drought Tolerance

While scorpions are usually thought of as desert creatures, they actually live in a range of habitats including tropical rainforests and grasslands. They can survive without a drink, by getting any water the need from the food they eat. Tardigrades, although nicknamed "water bear" or, less commonly, "moss piglet," can survive in a dehydrated state for up to five years, and in some exceptional cases even longer. Plus, water bear and moss piglet are the best nicknames of any organism. So tardigrades are the clear winner.

NSF recently made an award to study how tardigrades and the mosses they live in have co-evolved to be resilient to desiccation. Even in their desiccated state, tardigrades can withstand extreme temperature and radiation. The work will look across biological scales from the underlying molecular mechanisms of drought tolerance traits within the mosses to their ecological interactions with other species to understand these unique characteristics. If scientists can understand how tardigrades and moss can survive so long without water, they can work towards managing other organisms, such as crops, with similar traits.

-          Maureen Kearney, a program director in the Division of Environmental Biology

Bonus Round: Penguin vs. Jumping Spider in a Dance off

Both penguins and jumping spiders use dance-like movements in their mating rituals and are fantastic in their own way. We simply couldn't pick one over the other.