‘The Greatest Auction Ever’ – Q&A with Paul Milgrom, 2020 Nobel laureate

Milgrom and Robert Wilson received the 2020 Nobel Prize in economics for their pioneering use of game theory to create new types of auctions, which generate billions of dollars for the U.S.

Paul Milgrom was awakened around 2 a.m. Oct. 12 by some audacious person knocking on his door. “Paul … you’ve won the Nobel Prize. They’re trying to reach you.” The knocker was Milgrom’s longtime colleague, neighbor and co-Nobel laureate, Robert Wilson. Milgrom and Wilson won the 2020 prize (officially called the Sveriges Riksbank Prize in Economic Sciences in Memory of Alfred Nobel) for their discoveries and inventions in the field of auctions.

Milgrom and Wilson’s ideas revolutionized how items of extremely high value and complexity are auctioned by better understanding the thing all auctions have in common: people.

Using their discoveries, U.S. government auctions of the electromagnetic spectrum — the publicly owned airwaves used by our mobile phones and other wireless devices — have generated over $100 billion to date. Those funds have gone directly to the federal treasury for the benefit of U.S. taxpayers. The methods devised by Milgrom and Wilson have spread to auctions around the world, generating hundreds of billions of dollars.

The U.S. National Science Foundation has long supported Milgrom and Wilson, along with many of their fellow Nobel laureates in economics. In fact, of the 86 winners since the economics prize was first awarded in 1969, 62 have been supported by NSF.

Using the principles of game theory, a branch of mathematics describing competitive strategies, Milgrom and Wilson studied why people do what they do in auctions. They put their theories into practice by creating rules for new types of auctions designed to benefit sellers, buyers and taxpayers. Their invention was put to use in 1994 in what was described later in The New York Times as “the greatest auction ever.”

While the world of auctions is well known for its fast-talking auctioneers calling out bids, “the greatest auction ever” was pretty quiet, but raised $7 billion. What items could possibly be worth such a hefty price? Licenses. Not for driving or fishing, but for legal permission to use slim, precious portions of the invisible electromagnetic spectrum.

Whether you’re binge watching a show on your laptop via Wi-Fi, posting something on social media with your phone or just getting a text message from your mom, you’re using radio frequencies in the electromagnetic spectrum to send and receive data. Radio spectrum is a publicly owned resource. The U.S. Federal Communications Commission carefully slices and dices the many useful frequencies into licensed pieces sold — by auction — to telecommunications companies.

When compared with the financial support provided by NSF for Milgrom and Wilson’s research, the more than $100 billion raised through U.S. spectrum auctions represents a return thousands of times greater than the public’s investment. That’s good value, particularly for auctioning something you can’t even see.

I asked Milgrom about his role in the legendary 1994 auction, what drew him to science and what advice he would give to young researchers.

This interview has been edited for length and clarity.

Why did you choose to study economics and auctions in particular? Do you have a personal connection to that subject?

I stumbled almost randomly into economics. I attended the Stanford Graduate School of Business planning to get an MBA but was recruited by the faculty into a doctoral program in what was called “decision sciences.” There I became curious about auctions and game theory.

Part of what happened is that economics had sprawled to include applied game theory, so I was suddenly an economist!

I do my best to follow my nose into whatever knowledge is relevant to the problems that interest me.

Can you explain and help us understand your auction research? What does it reveal?

My auction research began as part of the work originated by Bob Wilson, who wanted to understand where prices came from. Economic analysis before that time focused on so-called “market-clearing” prices, a theory that posits that prices are determined through competition among buyers and sellers when the supply of something is equal to the demand and there are no leftovers. But what is the nature of that competition and how does it affect prices and allocations of goods? We studied the competition in auctions to begin to answer that question, but it led to lots more questions.

One early puzzle was how bidders would respond to the “winner’s curse,” in which the bidder who wins an auction is more likely to be someone who has overestimated the value of the item they won and is thereby “cursed” by having paid too much.

Related to the winner’s curse, another of my models studied how information comes to be incorporated in security prices, such as stocks and bonds, in a “specialist” market. Such a market is created by intermediaries like financial institutions who both buy and sell a security and thereby “make” a market for it. These “market makers” compete to serve customers, who want to buy and sell at different times, always quoting a higher price to buyers than they offer to sellers. On some of its trades, the market maker suffers a winner’s curse: It loses money on average to privately informed buyers when the security is underpriced and to sellers when it is overpriced, but it covers those losses from profits earned from uninformed traders.

We showed that the prices at which transactions actually take place come to reflect the information of the informed traders, explaining the puzzle of how privately held information is eventually reflected in competitive prices. As my collaborators studied this and other examples, we realized that auction rules could have important effects on the auctioneers’ revenues, the efficiency with which goods are allocated, and the kinds of strategies available to bidders. And there was an opening for improved designs.

Still, more work was needed before we could suggest valuable new designs for some real problems.

Mechanism design theory — dealing with how institutions can best set up methods and incentives to cope with individual self-interest and incomplete information — had mostly focused on solutions in which bidders bid just once, offering one price for any combination of goods that they may win. But, that approach can pose daunting practical challenges for both the bidders and the auctioneer. Imagine an auction of 100 separate goods, where there are 2 to the one-hundredth power possible combinations of goods to bid on. Even if the buyers could make such bids, computing the highest price the seller could get from combining bids would be virtually impossible! It’s what computer scientists call an “NP-hard” problem. For those kinds of applications, my collaborators and I worked on practical mechanisms that call for revealing just enough information in an auction system and doing computations that are actually feasible. 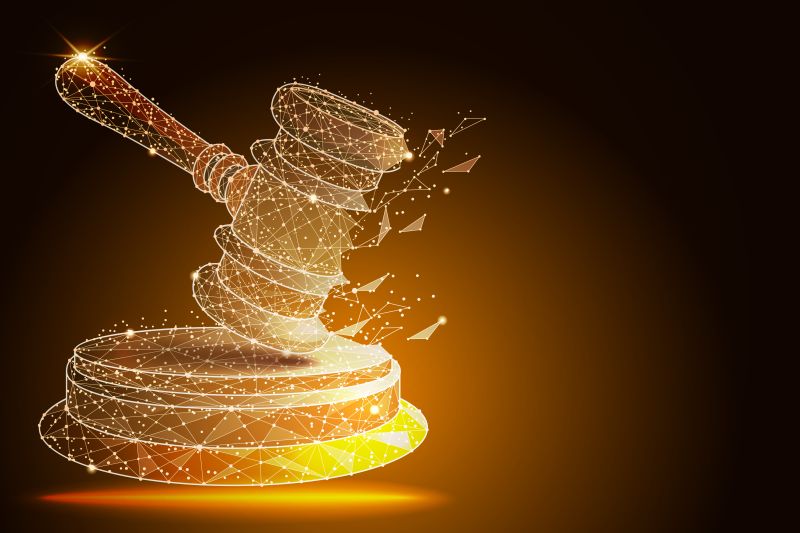 Using your ideas, the FCC’s 1994 auctioning of spectrum licenses has been referred to as “the greatest auction ever.” What applications of your research are not so well known but equally important or surprising to you?

That was a lovely description in 1994, but that is not even close to the pinnacle of what we can do today.

For example, the FCC’s broadcast incentive auction in 2016 and 2017 needed to identify a computationally feasible outcome satisfying more than a million possible radio interference constraints — mostly specifying that television stations near one another needed to broadcast on different channels. At the same time, the rules needed to be simple enough to enable and encourage small businesses — such as family-owned television broadcasters — to participate.

In addition, the process incorporated two separate but interdependent auctions, a “forward” auction in which the FCC sold licenses to phone companies to supply mobile broadband services and a “reverse” auction in which it purchased broadcast rights from television broadcasters, who accepted payments to give up their right to continue broadcasting over the air. The outcome required buying and selling the same amounts of radio spectrum and had to be financially workable for all the parties involved. In particular, the government needed to raise more money in the forward auction than it paid out in the reverse auction, to avoid losing money. [see illustration below].

Through the research I did mainly with economist Ilya Segal and computer scientist Kevin Leyton-Brown, those challenges were surmounted. The forward auction generated about $20 billion and the reverse auction paid $10 billion, with the balance going mostly to the U.S. treasury. The team I led at Auctionomics [a company co-founded by Milgrom] created the economic mechanisms and algorithmic designs and implemented them both in software for the auction.

I’d be remiss if I didn’t emphasize that much of the research of which I’m most proud is more fundamental and not intended for immediate applications. We can save that discussion for another day.

Speaking of the future, what would you tell a young person considering a career in science about economics?

First, be open to new ideas and approaches. Over the years, economists have gradually absorbed ideas from statistics, game theory, psychology and now computer science. A young scholar needs to master the methods needed for tomorrow.

Second, try to do important, careful work. It can be foundational or applied, but there is nothing more discouraging than to spend hundreds of hours on details to solve a problem that nobody cares about.

Third, try to have fun. I like to work on problems that I find challenging and exciting. That lets me continue to look forward to my research every day, working harder, feeling better and accomplishing more.

When you look to the future of economics research, what are you excited about?

There is a lot to be excited about today!

The progress that has been made in assembling big datasets, analyzing them and visualizing the results has been mind-bending. It allows us to acquire much deeper insight into important problems, such as the drivers of income inequality, the role of social networks between people and organizations, and so much more.

I am also excited by so many new possibilities in theoretical research. As transactions have moved online, there are new opportunities to design and experiment with the rules that govern such transactions. I have already described some of that in connection with the FCC’s broadcast incentive auction. I have also begun work with coauthors Mohammad Akbarpour, Scott Kominers and Shengwu Li to develop a new general equilibrium theory — describing the complex behavior of supply, demand and prices in large economies — to help us understand how the interactions among these new, complex markets may affect overall economic performance. I’m excited!