Join us as NSF celebrates our nation’s oceans, coasts, and Great Lakes for National Ocean Month

Humans may have mapped and explored much of the world’s continental terrain, but roughly 80% of the planet remains mysterious. From the Pacific to the Great Lakes, our oceans and waterways affect everything from our weather and atmosphere to where we live, what we eat and countless other aspects of our lives. In short, our lives depend on these bodies of water, and it is crucial that we continue to understand the fundamental processes that govern marine environments and the factors that affect their health.

During Oceans Month, the National Science Foundation celebrates the discoveries made possible by our long history of support for scientists working to better understand the world’s oceans and waterways. NSF works with the U.S. ocean sciences research community to fund science that advances the frontiers of knowledge, develops the next generation of researchers, and enhances the public’s understanding of ocean sciences. These activities provide knowledge that is critical to addressing many of our nation’s most pressing challenges involving Earth processes.

From sushi parasites and the hunting habits of sharks to unlocking the mysteries of our solar system (from deep within the ocean floor), here are some of the amazing ocean discoveries made possible by NSF over the past year. 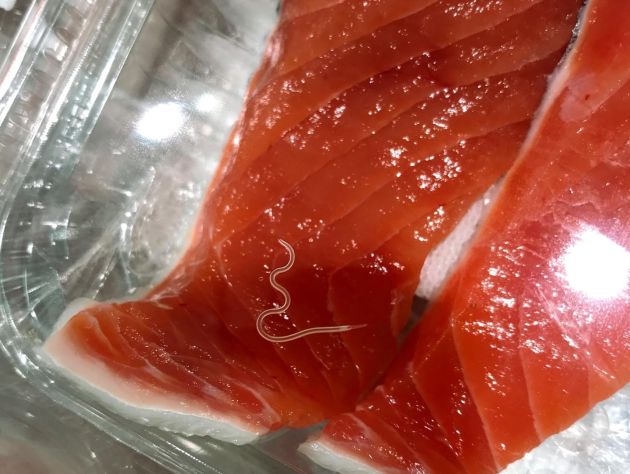 An Anisakis worm in a filet of salmon. The prevalence of these worms has greatly increased since the 1970s.
Image credit:

The next time you eat sashimi, nigiri or other forms of raw fish, consider doing a quick check for worms. According to NSF-funded research by scientists at the University of Washington, the prevalence of a parasitic worm known as Anisakis, or "the herring worm," has increased 283-fold in the past 40 years. Ingesting the worm causes symptoms like those of food poisoning, and the research highlights the importance of adequately cooking seafood before eating it. 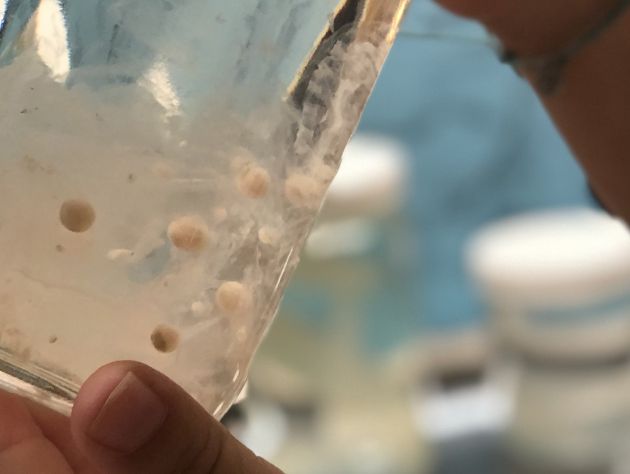 2. Impact of synthetic materials on our oceans and our bodies

A study from NSF-funded researchers at the Scripps Institution of Oceanography showed that microplastics are a million times more abundant in the ocean than previously thought. Environmental epidemiologists have detected the presence of polyfluoroalkyl substance, also known as PFAS, in seafood (specifically pilot whale meat) and found that women with gestational diabetes had a significantly higher rate of transferring the synthetic chemicals to their fetuses. 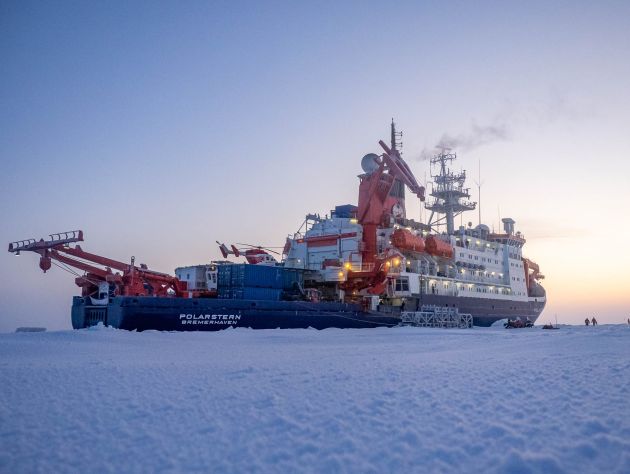 3. New findings from the Arctic

In October, a ship filled with research equipment and scientists was intentionally frozen into Arctic sea ice in order to have it drift across the Arctic Ocean for a full year, gathering data on polar atmosphere, ice and ocean conditions.

NSF-funded scientists also found a hidden source of carbon on the Arctic coast, and oceanographers of the international GEOTRACES program found that freshwater runoff from rivers and continental shelf sediments is bringing significant quantities of carbon and trace elements into parts of the Arctic Ocean, predominately to the North Pole via the Transpolar Drift. Carbon and trace elements form essential building blocks for ocean life. 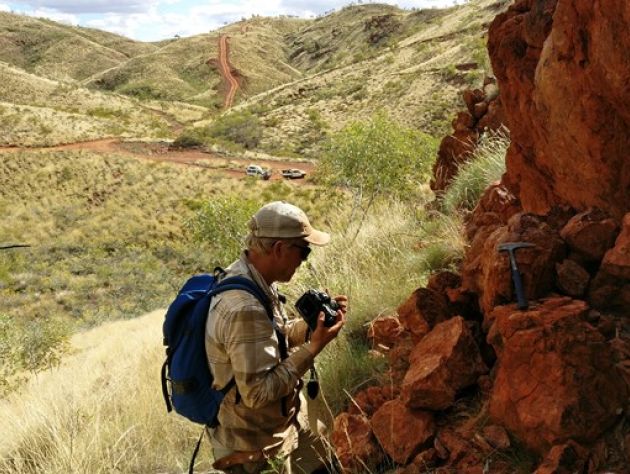 Benjamin Johnson of Iowa State University works on an an exposed ancient sea bed in an outcrop in remote Western Australia.
Image credit:

4. Insight into Earth’s past

Scientists determined that Earth likely resembled a ‘water world’ 3.2 billion years ago. By measuring oxygen isotope and temperature values from a well-preserved section of ocean crust in a remote part of Western Australia, geologists unlocked clues about how the Earth’s surface has changed over time. Their finding that most of today’s land masses were once submerged under water offers new insight into how the very first ecosystems might have developed and evolved in the oceans. 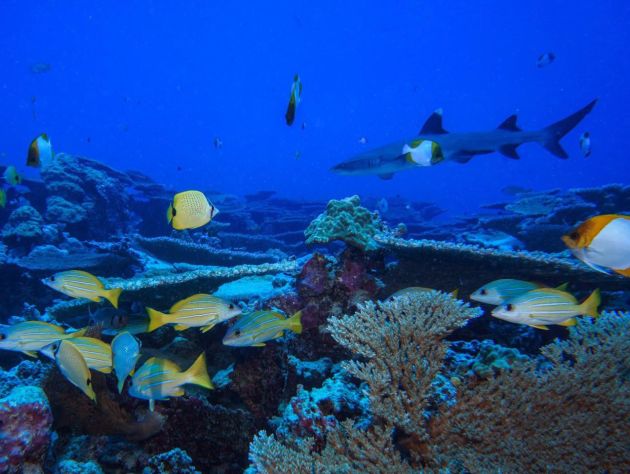 A seamount study area that is part of the Papahānaumokuākea Marine National Monument in Hawaii.
Image credit:

A team of researchers from the Florida Institute of Technology studying coral bleaching found that corals in naturally turbid waters are less affected by thermal stress than corals in clearer water. A team from Florida State and Texas A&M University found that, after a decade of protection from overfishing and trawling, a deep sea coral reef in Hawaii showed signs of recovery. And, adding to our understanding of the incredible biodiversity of coral reefs, researchers from the Scripps Institution of Oceanography found that the various species of hawkfish that live in reefs in the South Pacific have distinct diets, allowing them to thrive in large numbers. 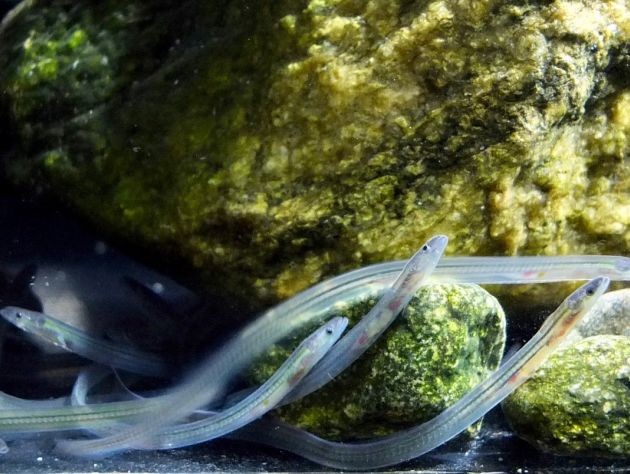 6. The magnetic memory of an eel sheds light on how fish migrate

The European glass eel (Anguilla Anguilla) is a migratory species that crosses the Atlantic Ocean twice during its lifetime. How do they cover such vast distances on a similar path each time? NSF-funded research uncovered that European glass eels use their magnetic sense—or internal compass—to "imprint" a memory of water currents in the estuary where they become juveniles. This may help them orient in moving water during migration. 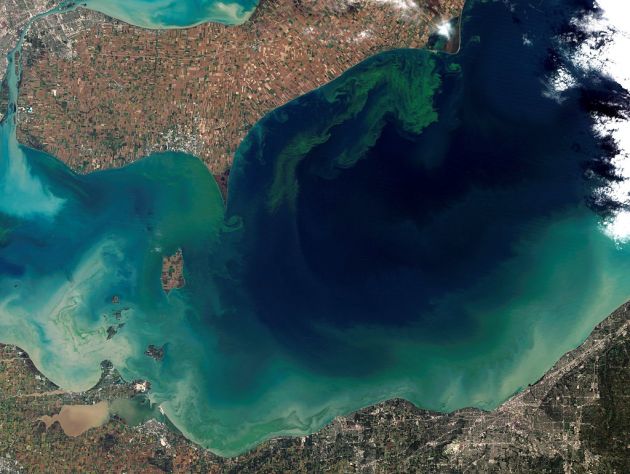 7. New insights into the life cycle of algae

Thanks to NSF-funded research by scientists at the Great Lakes Center for Fresh Waters and Human Health, we now understand that harmful algal blooms have daily cycles in which they feed on nitrogen and phosphorus-filled runoff from farms. This research could help scientists understand how to predict and prevent harmful blooms. Scientists at Rutgers University studying the marine algae called diatoms confirmed that viruses can kill diatoms. Their research revealed, however, that these die-offs near the ocean surface may provide nutrients and organic matter for recycling by other algae, broadening our understanding of algae life cycles. 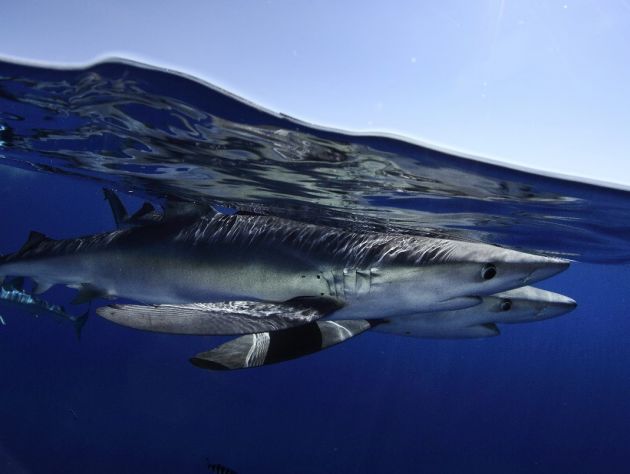 8.  Unlocking the mystery of how ocean currents affect marine life

While the ocean may appear to us as a vast blue expanse, new research sheds light on how subtle changes in water temperature and ocean currents provide important cues that help animals find food. Scientists studying feeding patterns of blue sharks in the twilight zone, a layer of the ocean between 200 and 1,000 meters deep, found that blue sharks relied on ocean currents, known as eddies, as fast-tracks to food. They also discovered that blue sharks were especially reliant on currents of warm water to find food since they lacked the ability to internally regulate their body temperature. The research points to a new understanding of how the physics of ocean currents organizes marine life. 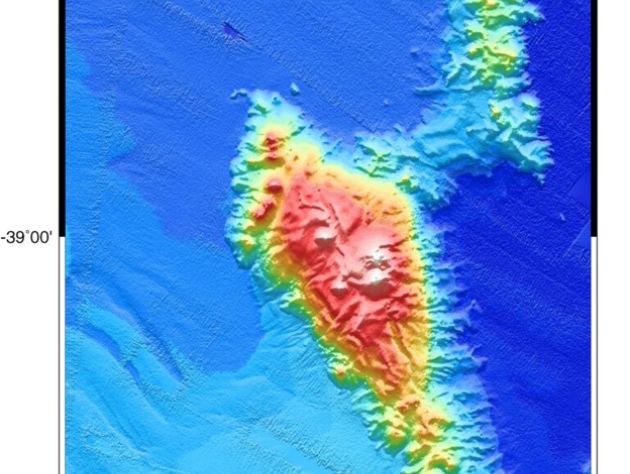 Tūranganui Knoll off the coast of New Zealand was the site of an NSF-funded expedition on subduction zones
Image credit:

The world’s largest and most damaging earthquakes occur near subduction zones—where one tectonic plate slides underneath another. On an International Ocean Discovery Program expedition, a new study found that when seamounts (underwater mountains) are pulled into subduction zones, not only do they set the stage for powerful quakes, but they also create conditions that end up dampening them. This new understanding could help better forecast these dangerous earthquakes. 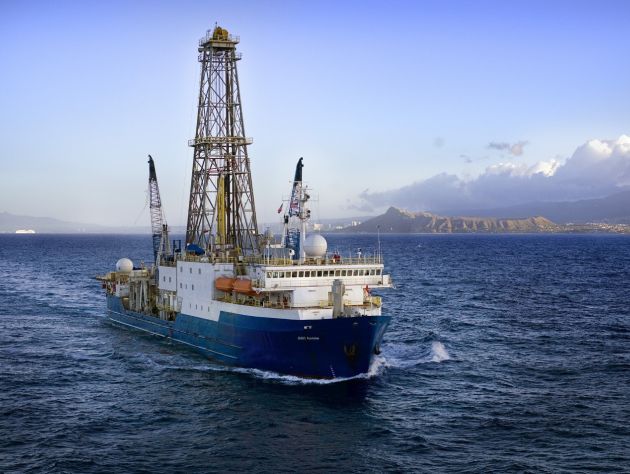 10.  Mysteries of our solar system unlocked with ocean sediment

Scientists have long looked for clues about the history of the solar system — evidence of changes in the Earth’s tilt and orbital pattern around the sun, for example — hidden deep in the Earth’s crust. The scientists have used complicated calculations to link patterns in rock and sediment development over time to establish a timeline of changes in the solar system. But they’ve been unable to extend that timeline past 50 million years —until this year. A team of scientists has used deep-sea sediment cores recovered by the NSF-funded research drillship JOIDES Resolution to extend the astronomical time scale by eight million years, providing new insight into the geological record and our understanding of changes in Earth’s climate over millions of years.

The importance of bee-ing together