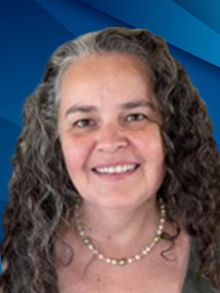 Dr. Cristina Negoita obtained her bachelor's degree in mathematics from the University of Oregon in 1995, and after spending three years in private industry, she decided to pursue graduate studies in applied mathematics. In 2003, she obtained her Ph.D. from Arizona State University, where her work focused on mathematical techniques for the early detection of Alzheimer's disease using positron emission tomography data. In 2004, she began working at the Oregon Institute of Technology, where she is now a professor in the department of mathematics. Since 2017, she has served as the program director of the applied mathematics program at OIT. As junior faculty, Negoita was involved in starting the Bachelor of Science degree in applied mathematics at OIT in 2007, giving underrepresented students and students from rural communities access to a robust STEM program. From 2008 until 2014, Negoita was a co-PI on an NSF S-STEM grant, Expanding Participation in Computing, which facilitated access for women, minorities and other underrepresented groups to pursue careers in the field of computing.

In 2018, Negoita began working with the American Association of University Professors toward improving the working conditions of faculty at OIT. That work lead to her becoming the chief negotiator on the first collective bargaining agreement for OIT's faculty, which was ratified in early 2021. Issues of equity, academic freedom and fair working conditions were key aspects during those negotiations. Negoita continues to serve as secretary to the Oregon chapter of AAUP and has given presentations on bargaining and other organizing efforts at various conferences.