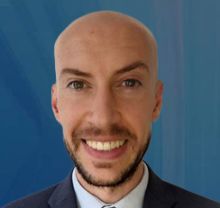 Alexander Loewi is a 2021–2022 AAAS Science and Technology Policy Fellow for NSF's Directorate for Technology, Innovation and Partnerships.

Alex is interested foremost in problems of information access and policy decision making, with a particular focus on the characteristics and creation of social relationships. His work uses a range of quantitative and qualitative approaches, including interviews, surveys, field experiments and novel computational methods. Alex's work has received an award for best methodology from the American Political Science Association. He is also a successful entrepreneur, whose company was described as "one of the most important innovations of the [2018] cycle," and has appeared in outlets such as The New York Times, Washington Post, MSNBC, the Atlantic, FiveThirtyEight and others. He lives in Capitol Hill with his wife and their dog.