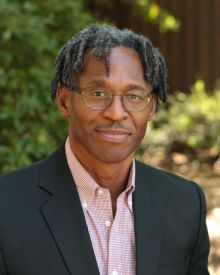 Dr. Morris joined Arizona State University as Professor of Chemistry and Environmental Sciences and Director of the School of Mathematical and Natural Sciences at the New College of Interdisciplinary Arts and Sciences in July 2020.

Previously, Dr. Morris was a Professor in the Department of Chemistry and Director of the Atmospheric Sciences Program at Howard University.  He was the Principal Investigator and Founding Director of the NOAA Cooperative Science Center in Atmospheric Sciences and Meteorology (NCAS-M).  This multidisciplinary research and education organization is a thirteen-member academic research consortium that NCAS-M partners with NOAA's National Weather Service (NWS), the National Satellite and Environmental Data Service (NESDIS), and Oceanic and Atmospheric Research (OAR) to advance scientific knowledge about the world's atmosphere and societal responses to weather, climate, and air quality phenomena.

Dr. Morris also founded the HU Graduate Program in Atmospheric Sciences (HUPAS).  HUPAS is the first PhD-degree granting Atmospheric Sciences program at any minority-serving institution and is a national leader in the production of minority PhDs in its field.  Under his guidance, over 50% of the African American and 30% of the Hispanic American PhDs in Atmospheric Sciences produced from 2006 to 2018 in the United States graduated from this program. 97% of the program's alumni are working in their respective fields across federal agencies, the private sector, and academia.

Dr. Morris' research focuses on the chemical evolution of atmospheric particulate during transport and residence times in the lower troposphere and the implications to aerobiology, climate, and cloud processes.  He has served as Chief Scientist for eleven trans-Atlantic science expeditions (the AERosols and Ocean Science Expeditions – AEROSE) aboard the National Oceanic and Atmospheric Administration (NOAA) class-1 research vessel, the Ronald H. Brown. Each time he led an international team of scientists in a multidisciplinary study of the influences and life cycle of atmospheric particles emitted from the Saharan Desert on the regional atmosphere and ocean.  The AEROSE data represent the most extensive set of in situ observations of Saharan Air Layer in the Tropical Atlantic. These data have been used for improved satellite retrievals, data assimilation for hurricane and tropical storm forecasts, validation of NOAA, DoD, and European numerical weather prediction models, and improved parameterizations for global forecasts.

Beginning with an NSF CAREER award in 1997, Dr. Morris has raised over $60M in research funding as principal investigator.  He has contributed to an additional $30M in awards as co-principal investigator, coordinated the establishment of memoranda of understanding with nine academic and research institutions in six different countries in Africa and Southeast Asia, and helped guide the success of multiple federally-funded research centers.

Dr. Morris is passionate about broadening the participation of underrepresented groups in science, technology, engineering, and mathematics (STEM). He has guided the research for more than 150 students at the graduate, undergraduate, and high school levels.  His successful hands-on outreach programs and informal science education/exposure projects have reached over 50,000 students worldwide.  Among the most notable are the network of high school weather camps (http://ncas.howard.edu/outreach-programs/weather-camp/), that managed camps in Puerto Rico, Washington, D.C., Jackson, Mississippi, and El Paso, Texas for eighteen years and provided nearly 800 students from underserved populations entre into career opportunities in atmospheric sciences.

While in Washington, DC, Dr. Morris sponsored a series of "Community Science Fests". This program is a model for bringing science to communities or subpopulations that are not traditionally exposed to such opportunities. Engaging and immersive hands-on activities designed to show students from elementary school through high school are conducted in a variety of settings. Most often, these events are brought to the community of the students comprising the audience. The events are open but the venues are selected to ensure that underprivileged children have full and direct access to science, that their parents have access to scholarship and program information for their children, and that linkages are provided for return events, open forums, tutoring, and academic reinforcement. He has also conducted these programs in Brazil, Barbados, Uruguay, the Philippines, Ethiopia, and Sudan.

Dr. Morris has won numerous academic and scientific honors and awards including being recognized as one of the 50 Most Influential Blacks in Science and Technology in 2011, inducted as a History Maker in Science in 2012, winning the NOBCChE Henry Cecil McBay Outstanding Teacher Award (2012), becoming a Fulbright Specialist Award (2013), and in 2016 being elected a Fellow of the American Meteorological Society.  He has served on a variety of boards and councils and currently serves on the EPA Clean Air Act Advisory Committee, NSF Committee on Equal Opportunities in Science and Engineering (CEOSE), the American Geophysical Unions Diversity and Inclusion Committee, the UCAR Board of Trustees, and the Council of the American Meteorological Society.