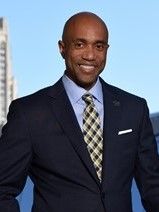 James R. Martin, II is Vice Chancellor for STEM Research and Innovation at the University of Pittsburgh. Prior to joining Pitt, Martin served as the Bob Benmosche Professor and Chair of the Glenn Department of Civil Engineering at Clemson University. Prior to Clemson, Martin spent more than 20 years on the civil engineering faculty at Virginia Tech and served five years as director of the Disaster Risk Management Institute. His professional career focused on earthquake engineering and risk assessment of natural hazards. He taught undergraduate and graduate courses in geotechnical and earthquake engineering, foundation engineering and disaster risk management, among others. Internationally recognized for his research on earthquakes, Martin has served as an earthquake engineering consultant on more than 100 major infrastructure projects for global corporations, engineering firms and government agencies, and has contributed to improved earthquake building code standards in the central and eastern United States. He is regularly called upon to serve on field teams after earthquakes strike and was the team leader for the NSF-sponsored study of the 2011 earthquake in Virginia and Washington, D.C., and has led similar studies in Turkey and Japan. Martin earned a B.S. in civil engineering from The Citadel, and an M.S. and Ph.D. in civil engineering from Virginia Tech. He has received numerous national, state and university awards for research, teaching and professional service, including the American Society of Civil Engineer’s Norman Medal, the highest honor for published work in his field. He was inducted into the civil engineering department’s Academy of Distinguished Alumni at Virginia Tech in 2015.