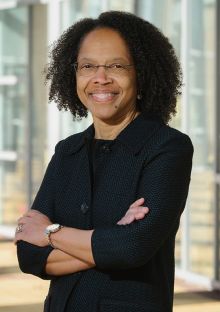 Gilda A. Barabino became the second president of Olin College of Engineering, and Professor of Biomedical and Chemical Engineering, on July 1, 2020.

A biomedical engineer trained in chemical engineering, with broad interest in global health, systems, and interdisciplinary engineering education, Dr. Barabino is a noted investigator in the areas of sickle cell disease, cellular and tissue engineering. She is an internationally recognized thought leader and highly sought speaker and consultant on race/ethnicity and gender in science and engineering, with particular focus on creating cultures and climates that support a sense of belonging. She has led a number of initiatives in these areas including serving as the founder and Executive Director of the National Institute for Faculty Equity.

Before joining CCNY, she served as Associate Chair for Graduate Studies and Professor in the Wallace H. Coulter Department of Biomedical Engineering at Georgia Tech and Emory University. She also served as Georgia Tech's inaugural Vice Provost for Academic Diversity. Prior to that, she spent 18 years at Northeastern University, rising to the rank of Full Professor of Chemical Engineering and serving as Vice Provost for Undergraduate Education.

Her many honors include the American Institute of Chemical Engineers Award for Service to Society [2019]; the Presidential Award for Excellence in Science, Mathematics and Engineering Mentoring [2018]; the Pierre Galetti Award [2017]. The American Institute for Medical and Biological Engineering's highest honor; and an honorary degree from Xavier University of Louisiana [2016].

She sits on the board of trustees for VentureWell, Associated Universities, Inc., New York Hall of Science and Xavier University of Louisiana.

Dr. Barabino earned her B.S. degree in Chemistry from Xavier University of Louisiana and her Ph.D. in Chemical Engineering from Rice University.

She is married to Joseph Barabino. They have a son, Jori.