How are black holes studied?

Visualization of two black holes colliding and the resulting gravitational waves that were generated.

Black holes have long inspired the imagination yet challenged discovery. However, from a combination of theory and observation, scientists now know much about these objects and how they form, and can even see how they impact their surroundings.

So, how does one study a region of space that is defined by being invisible?

Theorists can calculate properties of black holes based on their understanding of the universe, and such discoveries have come from a range of great thinkers, from Albert Einstein to Stephen Hawking to Kip Thorne. However, despite being so powerful, it's hard to see something that does not emit photons, let alone traps any light that passes by.

Now, nearly a century after scientists suggested black holes might exist, the world now has tools to see them in action. Using powerful observatories on Earth, astronomers can see the jets of plasma that black holes spew into space, detect the ripples in space-time from black holes colliding, and may soon even peer at the disc of disrupted mass and energy that surrounds the black hole's event horizon, the edge beyond which nothing can escape.

This is the first image of Sagittarius A*, or Sgr A*, the supermassive black hole at the center of our galaxy. It's the first direct visual evidence of the presence of this black hole. It was captured by the Event Horizon Telescope (EHT), an array which links together eight existing radio observatories across the planet to form a single Earth-sized virtual telescope. The telescope is named after the "event horizon", the boundary of the black hole beyond which no light can escape.

Although we cannot see the event horizon itself, because it cannot emit light, glowing gas orbiting around the black hole reveals a telltale signature: a dark central region, called a "shadow," surrounded by a bright ring-like structure. The new view captures light bent by the powerful gravity of the black hole, which is 4 million times more massive than our sun. The image of the Sgr A* black hole is an average of the different images that the EHT Collaboration has extracted from its 2017 observations.

We got it! Astronomers reveal first image of the black hole at the heart of our galaxy

This result provides overwhelming evidence that the object is indeed a black hole and yields valuable clues about the workings ... 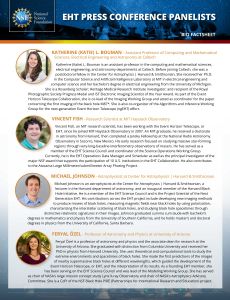 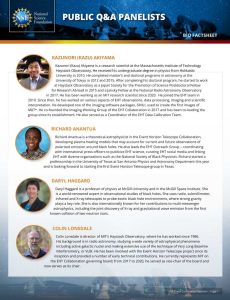 NSF EHT B-Roll Package
Astronomers reveal the first image of a black hole at the heart of our galaxy.
Credit: Credits vary and are listed on slates before each shot.
Journey to our own black hole, Sagittarius A*
Dimensional animation flying the viewer into the center of the Milky Way galaxy to the planet earth, geolocating the EHT telescopes around the planet, return to the galaxy and the S-stars orbiting the black hole in the center of our galaxy, Sgr A*.
Credit: BH PIRE, UArizona
Introducing Sgr A*: First Image of a Milky Way Black Hole
People have been imagining what black holes look like since they were predicted by Einstein more than a century ago. We don’t have to imagine anymore!
Credit: National Science Foundation / Keyi “Onyx” Li
Journey of Light
This video explains why the Sgr A* black hole is more "variable" than the one in M87, and how that variability impacts the image that the EHT team was able to take.
Credit: Smithsonian Astrophysical Observatory

Download a high-resolution version of this image (JPEG, 1MB)

Download a high-resolution version of this image with no labels (JPEG, 1MB)

Download a high-resolution version of this image (JPEG, 1MB)

Download a high-resolution version of this image with no labels (JPEG, 1MB)

The supermassive black holes M87 and Sgr A* are not even in the same galaxy, but if it were possible to place them next to each other, Sgr A* would be dwarfed by M87, which is 1,500 times more massive. 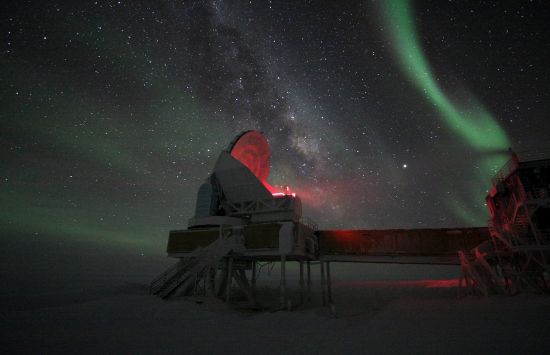 Image of Sgr A*, the black hole at the center of our galaxy

At the center of our very own Milky Way galaxy, scientists long suspected that there was a supermassive black hole, and they named this black hole Sagittarius A* (Sgr A*, pronounced "sadge-ay-star").

Download a high-resolution version of this image (JPEG, 1.3MB)
Sgr A* Black Hole

Download a high-resolution version of this image (JPEG, 0.5MB)

On April 10, 2019, the U.S. National Science Foundation hosted scientists from the Event Horizon Telescope Collaboration at a press conference in Washington, D.C. and revealed the world’s first image of a black hole.

The event was the North American pillar of a simultaneous, global announcement, with NSF hosting due to its pivotal role in the discovery, having spent two decades investing in researchers, radio telescopes, and facilities that anchored the project.  The content below tells the story of that image, how it was captured, and how it was revealed.

For the full suite of images, animations, explanatory videos, and other multimedia content from the press event, see the Images, video, and educational resources page

A century ago, Albert Einstein predicted gravitational waves, ripples in the fabric of space-time that result from the universe's most violent phenomena. In 2016, NSF researchers using one of the most precise instruments ever made—the NSF Laser Interferometer Gravitational-wave Observatory (LIGO)—announced the historic first detection of gravitational waves, the violent remnant of black holes colliding more than 1.3 billion years ago.

The Galactic Center Group studies the black hole at the heart of the Milky Way and how it impacts its surroundings, a multi-decade effort to better understand how galaxies formed and evolved. In 2020, Ghez shared the Nobel Prize in Physics for her discoveries, which confirmed the presence of a black hole at our galactic center.

NSF’s NRAO manages several powerful radio telescopes that capture unprecedented images of the cosmos, including plasma jets and other evidence of black holes.

The South Pole Telescope is a 10-meter-diameter microwave / millimeter / sub-millimeter telescope located at the U.S. National Science Foundation's Amundsen-Scott South Pole Station, which is the best currently operational site on Earth for mm-wave survey observations due to its stable, dry atmosphere.